Banking with Alexa: The Rise of Conversational Banking

Alexa, the virtual assistant developed by Amazon, has been expanding beyond smart speakers, pushing the use of voice assistants into all industries, including banking. And as a result, banks have been among the early adopters of Alexa-driven services with many rolling out their own conversational services.

Capital One was the first bank to have an Alexa skill, enabling customers to check their balance, track spending and pay bills using the virtual assistant. Last year, the bank deployed Eno, touted as the first natural language SMS chatbot from an American bank.

Bank of America began rolling out its Erica chatbot in March. The tool helps the bank’s customers check balances, reminds them about bills and answers their bank-related questions.

Earlier this month, First Hawaiian Bank announced that it has begun to use the voice banking capability from Fiserv to enable customers to check balances and access transaction information.

Last year, the US Bank launched new features, enabling customers to complete banking tasks such as checking an account balance or making a digital payment to a US Bank credit card by speaking a command to Alexa.

“Voice technology is going to be central to the future of digital interaction,” said Gareth Gaston, head of omnichannel banking at US Bank. “We’ve all become [accustomed] to speaking to our devices for simple things like getting directions to a restaurant or placing a call. Now, voice services such as Amazon Alexa are making it easy to check an account balance or hear a payment due date without picking up a phone or logging into Internet banking.”

Just this year, JP Morgan struck up a partnership with Amazon to develop a new skill for Alexa that will allow investment banks’ institutional clients to access the firm’s analyst reports and stock information via the voice assistant. Potential future developments could see customers gaining the ability to execute orders or complete trades via the use of voice commands, massively improving their productivity. 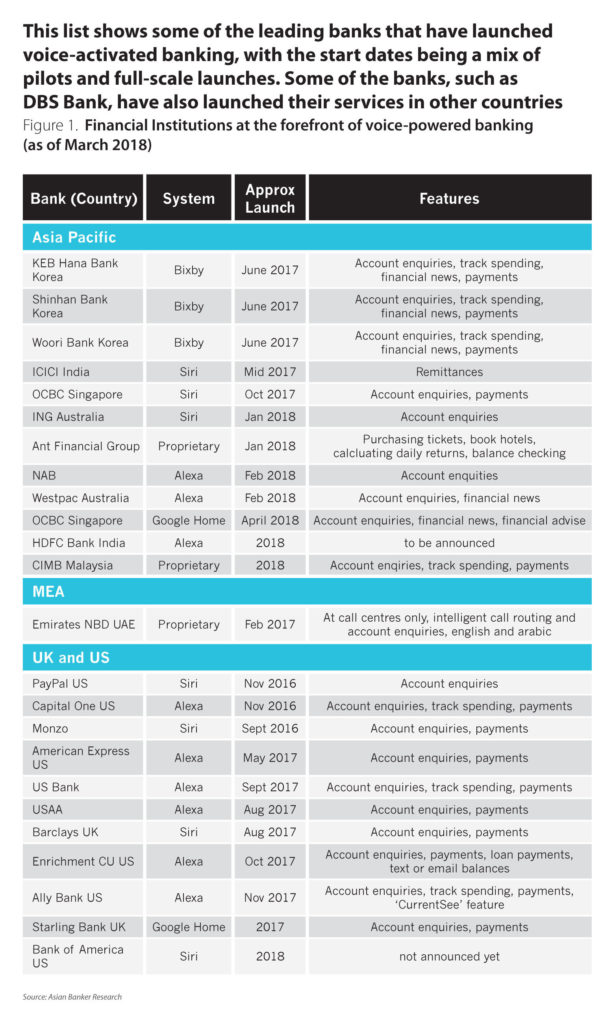 In the iOS version of its app, Citi recently rolled out voice navigation via Siri. It also provides connections to live agents via messaging on the Citi app. Zahner said the bank wants to see what customers are asking about and then figure out its next move in conversational banking. 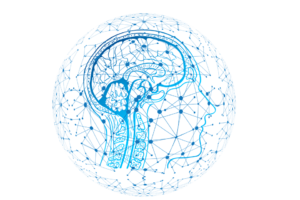 AI and conversational banking promise to change how financial transactions are done and how customers interact with their banks.

According to Rachel Batish, co-founder and chief revenue officer at Conversation.One, a voice and chatbot provider, expanding voice assistants beyond the speaker is the step needed to further their appeal to customers.

An ecosystem of connected devices through voice assistants creates “cross-channel interaction where contextual conversation flows from one channel to another,” Batish told American Banker. The deeper integration into a customer’ life gives banks more opportunities to serve them in a very personal way, she added.

But before these tools reach the mainstream, there are many challenges that need to be addressed.

To date, chatbots and virtual assistants have disappointed many customers. Additionally, a recent survey found that among the companies developing voice assistants, 88% reported speech error rates above 6%, and 35% reported an error rate above 20%.

“The biggest issue we have today is accuracy,” Tyler McIntyre, founder of Bank Novo, told American Banker. “When you think about a financial institution, one of the things you have is trust. As soon as your data is bad or not clean enough, all that stuff lowers accuracy of what the user says, but also what the data says.”

Bank Novo, a startup providing banking platform, is developing a voice component in its app, McIntyre said. Its testing is focused on improving accuracy.

But when it comes to AI, banks have the unique advantage over fintech startups of having huge amounts of data on customers, McIntyre pointed out. The challenge for them now is to figure out how to best harness these data to provide a superior customer experience via AI-driven voice assistants or chatbots.

“Good AI is built on data,” McIntyre said. “The more data you have, the more accurate it is, the more you can train it. Banks are the perfect ground for AI because they have data on everything.”

This article first appeared on fintechnews.sg, Featured image via Amazon