The IOT Asia news you need to know | Weekly Review

Every week, we bring you the best IOT news from Asia and around the world. This week, Mark Zuckerberg and Elon Musk have been arguing over the danger surrounding the future of AI.

Elon Musk and Mark Zuckerberg Are Officially in a War of Words Over Artificial Intelligence – Inc.com

Elon Musk says we need to regulate AI before it becomes a danger to humanity – theverge.com

How Artificial Intelligence benefits companies and ups their game – livemint.com

To Make AI More Human, Teach It To ChitChat – wired.com

Why Now Is The Time Of Artificial Intelligence ! – linkedin.com

Companies use AI and the Internet of Things to go Green and Save Money – trendintech.com

Medical IoT that is Up and Coming – internetofthingsrecruiting.com

How Financial Services Use AI to Serve Customer Needs – centurylinkbrightideas.com

Google’s DeepMind made an AI that can imagine the future – thenextweb.com

The Internet Of Things: Big And Getting Bigger – forbes.com

IOTA: “THE BACKBONE OF IOT IS HERE” – briandcolwell.com

Bluetooth could be the standard that turns the internet of things into something we can care about – androidcentral.com

Internet Of Things Microcontroller Market is Expected to Reach USD 5 Billion by 2022 – tallahasseescene.com

IoT and testing: The new rules of engagement – techtarget.com

Cashing in on the Internet of Things – information-management.com

Six Key Internet Of Things (IoT) Trends To Watch For In 2018 – Forbes.com

Experts weigh in on the next big thing in IoT – jasper.com

Where is IoT headed? A survey of IEEE engineers – networkworld.com

These are the top 10 emerging technologies of 2017 – weforum.org

Three Reasons Why You Should Invest In Smart Cities Now – ge.com

How Will Big Data and IoT Shape the Future of Apps Market? – iotcentral.io

How This Security Startup Is Plugging A Critical Gap In Enterprise IoT Platforms – Forbes.com 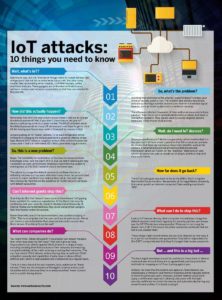 Demystifying industry 4.0 and the industrial internet of things – yourstory.com

The Winners of the 2020 IoT Global Awards Are…

IoT News From Asia and Around The World

IoT News of the week