Every week, we bring you the best IOT news from Asia and around the world. This week, it’s been hard to avoid the new announcement from Apple about the iPhone X – the facial recognition technology has everyone talking.

The iPhone X overshadowed everything else at the Apple launch event – businessinsider.com

Should you be worried about the iPhone X’s facial recognition? – telegraph.co.uk

These 20 Influencers will Lead the Internet of Things – Inc.com

[Podcast] Integrating the Internet of Things into Agriculture – precisionfarmingdealer.com

State of the Market: Internet of Things 2017 – Verizon.com

The Internet of Things will kill privacy for good unless we act now – telegraph.co.uk

Waymo created its own driver’s ed course for AI – thenextweb.com

AI is revolutionising the sales process – here’s how – salesforce.com

IBM is installing a Watson AI lab at MIT – engadget.com 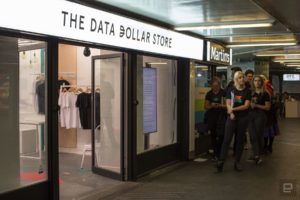 Inside the store that only accepts personal data as currency – engadget.com

Smart Cities Will Need The IoT and Open Data – theinnovationenterprise.com

Get ready for smartwatches everywhere by 2021 – cnet.com

These new smartwatches prove that fashion and tech need to work together – businessinsider.com

Best IoT News Of The Week

The IOT Asia news you need to know | Weekly Review

The IOT Asia News You Might Have Missed This Week