Talent Key To Sustaining Digital Transformation For Businesses In Singapore

The Economist Intelligence Unit (EIU) has released a global research project commissioned by Telstra, a leading telecommunications and technology company, which assesses the confidence of business executives in their city’s environment and its conduciveness to supporting the digital ambitions of companies. It ranks Singapore 14th for overall business confidence.

The ‘Connecting Commerce’ report includes the first ever Digital Cities Barometer – a ranking of 45 cities around the world across five key categories relevant to business performance: innovation and entrepreneurship; the financial environment; people and skills; development of new technologies; and ICT infrastructure. 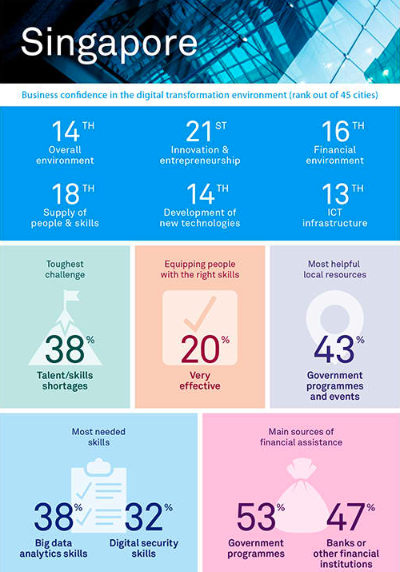 David Burns, Telstra’s Group Managing Director of Global Services and International, said the report reveals strong business confidence in the world’s emerging economies, with Bangalore topping the Barometer across all five categories. Of the top 10, seven cities are from developing Asian countries. Conversely, lower confidence was recorded in developed cities such as Hong Kong, Tokyo and Berlin. 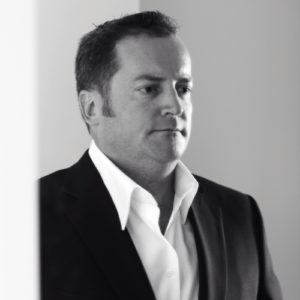 “Businesses rely on their city environments for talent, ideas, ICT infrastructure and financial resources to drive their digital initiatives. It is striking that developing cities are recording much higher business confidence than developed cities. This reflects strong optimism in fast-growing markets. While city environments in developed countries may have served businesses well up to now, there is a sense that they must keep evolving to meet increasing expectations,”

“The Singapore government is recognised for its work in creating a strong environment for digital development, however there is room for improvement when it comes to support for innovation and entrepreneurship as well as talent and skills development. Skills shortages present one of the toughest challenges for Singaporean firms when attempting to pursue digital transformation initiatives, with skills in analytics, security and the Internet of Things (IoT) most in demand,”

“It is acknowledged by the executives surveyed that skills development is being closely co-ordinated between government and academia, with 75 per cent in Singapore stating that they are consulted about their digital skill needs by academic institutions, and 77 per cent saying the same about government authorities. This is a promising trend that should see more relevant digital skills being developed in the coming years,”

Key findings from the research include:

The research recognises the increasing importance of digitisation to an organisation’s global competitiveness and shows that strong local government leadership can facilitate better outcomes for business and the local economy.

Globally, 48 per cent of surveyed executives said their firm has considered relocating their operations to a city with a more favourable external environment. Respondents in Asian cities are most likely to consider moving (53 per cent), while nearly half in US and Australian cities say the same.

“Organisations today have numerous options – both domestically and internationally – as to where they base their business operations. This report makes an important contribution to exploring what support executives need to digitally transform their business and thrive in a connected world,”

The full report, including the Digital Cities Barometer and the Singapore country briefing, can be found at http://connectedfuture.economist.com/.