In 2016, countries in Southeast Asia began significantly exploring the potential of the Internet-of-Things (IoT). While most have just started with the technology or tested out components, countries such as Singapore have taken a leading position, setting up dedicated innovation labs and rolling out pilot projects. 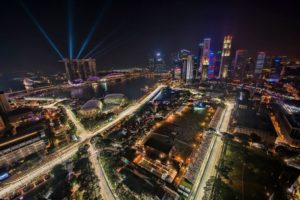 The IoT refers to Internet-connected physical devices, objects, vehicles, buildings and other items, which are able to collect and exchange data using embedded sensors. These stand-alone Internet-connected items create a network in which they can “communicate” to one another, and which users can monitor and/or control from a remote location.

For Singapore, the IoT is perceived as one of the key elements to realize its vision of a Smart Nation. To accelerate its modernization efforts, Singapore chose Silver Spring Networks as partner.

Silver Spring Networks is currently working with Singapore Power to deploy an IoT platform for Smart Utility and Smart Nation Applications. The goal is to develop and implement a “country-wide smart grid platform, enabling SP to deliver greater value to Singapore consumers – with more choice and the ability to better manage their energy usage,” according to Lawrence Lee, head of operations and projects at Singapore Power Services.

The purpose here is to examine the design and deployment of a whole-of-government IoT infrastructure for the largest Smart Nation Platform. The new infrastructure will enable connectivity by smart objects such as wearables, sensors and mobile devices, and facilitate high-speed transmission of data from the sensors.

The center will also build up the government’s capabilities in new, emerging IoT technology and collaborate with commercial organizations, research institutes and public agencies for pilot projects and experimentations.

IoT in Malaysia and Thailand 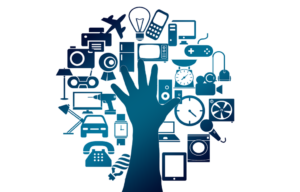 In Malaysia, the government is following the National IoT Strategic Roadmap, which aims to turn the country into the premier regional IoT development hub and create a national ecosystem to enable the proliferation of use and industrialization of the IoT as a new source of economic growth.

In Thailand, the government’s mission to drive digital growth has been expressed in multiple IoT initiatives, including smart city plans in Phuket, Chiang Mai, and Bangkok.

To boost the country’s competitiveness and push its Smart Thailand project, the ICT ministry has developed a digital economy “masterplan” and plans on running multiple pilot projects in the fields of e-commerce, e-education, e-industry and e-government. Thailand’s IoT spending, which accounted to US$57.7 million in 2014, according to a Frost & Sullivan, is forecasted to increase by 1,600% by 2020. So far, most of this IoT budget has gone towards the manufacturing and logistics sectors.

“The take-up rate in ASEAN countries is expected to be among the highest in the region due to lower initial IoT spending,”said Mark Koh, Frost & Sullivan research manager for IT in APAC. “However, the largest markets would still be the mature IT markets, including Japan, China, India and the Republic of Korea.”

According to a research paper by Aruba, a Hewlett Package Enterprise Company, the IoT will soon be widespread as 85% of businesses plan to implement the technology by 2019 driven by a need for innovation and business efficiency.

“With the business benefits of the IoT surpassing expectations, it’s no surprise that the business world will move towards mass adoption by 2019,” said Chris Kozup, vice president of marketing at Aruba. “But with many executives unsure of how to apply IoT to their business, those who succeed in implementing IoT are well positioned to gain a competitive advantage.”

BI Intelligence, Business Insider’s research service, expects over 24 billion IoT devices on Earth by 2020. That’s approximately four devices for every human being on the planet.

Vincent Fong is the Chief Editor for IOT News Asia