ETSI produces globally-applicable standards for Information and Communications Technologies (ICT), including fixed, mobile, radio, aeronautical, broadcast and internet technologies and is recognised by the European Union as a European Standards Organisation. ETSI is an independent, not-for-profit association with more than 800 member companies and organisations, drawn from 67 countries. They determine its work programme and participate directly in its work.

The first meeting of the ISG CIM is planned to take place at ETSI’s premises in Sophia Antipolis, France, on February 9-10, 2017.

Data sets without context are meaningless. Every sensor measurement, every entry in a database, every tweet sent and every webcam video watched has its own context. The context seems obvious to humans: the temperature sensor is attached to an air-conditioner in the house, the database of vehicle registration numbers is used by a policeman in the city, the tweet comes from a person who has just witnessed something interesting and the webcam shows a particular city street with its name embedded in the video frames. 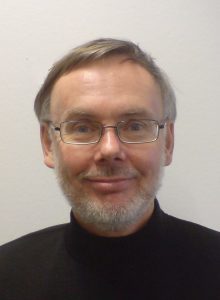 Taken away from its context, each piece of information is nearly useless, and software programs/agents searching for useful information may only find it if the context is available i.e. published with the data. A Context Information Management (CIM) system acts as a clearing-house for publishing, discovering, monitoring and maintaining data according to relevant contexts for smart applications.

“The ISG CIM will specify protocols running ‘on top’ of IoT platforms and allowing exchange of data together with its context, this includes what is described by the data, what was measured, when, where, by what, the time of validity, ownership, and others. That will dramatically extend the interoperability of applications, helping smart cities to integrate their existing services and enable new third-party services.”

ISG CIM will focus on developing specifications for a common context information management API, data publication platforms and standard data models. The group will work closely with the ETSI SmartM2M technical committee and with oneM2M, the global standards initiative for M2M and the IoT (Internet of Things) of which ETSI is a founding member, since the IoT is one of the sources of context data for smart applications.

Participation in the cross-sector Context Information Management Industry Specification Group is open to all ETSI members as well as organisations who are not members, subject to signing ISG Agreements. For information on how to participate please contact ISGsupport@etsi.org. The full list of members and participants in ISG CIM is available on the ETSI portal.

Brookings: Singapore is The Safest City

What Does This Renowned Urban Strategist Think of Smart Cities?