A ground-breaking way to fund international space projects, which makes space exploration available to the public, is launching today (January 24) during the World Economic Forum in Davos, Switzerland.

A community-led crowdfunding platform run by Spacebit, under the watchful eye of a team of consultants, astronauts, engineers and rocket scientists, will enable the public to vote on large-scale space exploration projects.

The Spacebit Foundation has been developing and building an ecosystem to allow people and small enterprise to take advantage of recent giant leaps in launch technology and satellite platforms for five years and has already gained support from top scientists, industry leaders, and public figures.

Today marks the launch of a new platform, on which the public can participate and financially support future space missions.

Spacebit has strong, existing financial backing from venture capital. From now on and for the first time, individuals can fully and financially participate in the project, becoming part of this new space community. Once launch costs are met, Spacebit will begin the next exciting stage of its vision: The first publicly crypto-funded space mission. 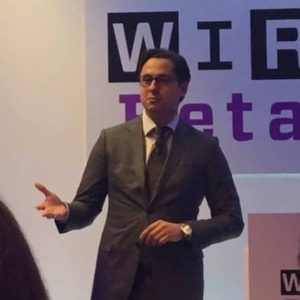 “The future of space exploration is currently reliant on Governments and commercial investors. However, with available public money for space exploration on an inevitable decline, we believe that individuals and private stakeholders will become the new space pioneers, and blockchain technology can make it happen.

We believe that technologies like blockchain and a new kind of crowdfunding, using cryptocurrency, is the future of space exploration.”

“Our ultimate goal is a mission to the Moon, but first we aim to launch a satellite within the next year. Launching a satellite will prove that community funded missions are viable and will ensure that the future of space exploration can be privately funded.

Once the doors to space are open – the possibilities are endless. But you have to get involved, to find out more about our funding community and be a part of open space exploration.”

Spacebit will propose several missions to its community of participants. The missions to the Moon are currently being developed and will include a lunar drone mission to explore the volcanic caves and to put a radio telescope on the back side of the moon using a rover and utilizing a lunar orbiting satellite to relay the data back to Earth.

“Since my flight in 1971, I’ve commented many times, that the back side of moon would be a perfect place to put a telescope, in order to observe more of our universe.”

Spacebit is a unique space company with offices across the globe. Spacebit is changing the way large space projects and missions are funded. Its ultimate goal is to democratize space exploration, unshackled by state or national sponsorship, which allows everyone to participate in the future of humanity in our universe.

Automate Your Logistics with Your Voice using LogiNext’s Alexa Integration