What Does This Renowned Urban Strategist Think of Smart Cities?

Smart Cities have been gaining a lot of traction of late, though not an entirely new concept, much of smart cities initiatives have been driven by an explosion of technological innovations. We’ll spare you the whole spiel of how over 50% of the world live in urban population lives in cities, climate change and so forth, I’m sure after decades of conversation around this subject we are intimately familiar with why we need smarter cities.

During the sidelines of the Global Entrepreneur Summit in Kuala Lumpur late 2017, the IOT News Asia team had the privilege of having a chat with the renowned urban strategist and smart cities expert, Boyd Cohen to get his thoughts on the state of smart cities. 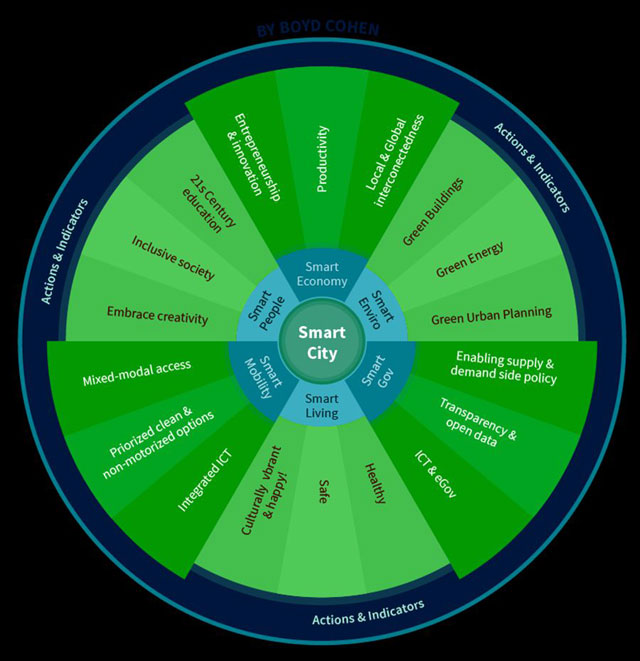 Citing examples from Singapore and Seoul which he feels has some of the most advanced technologies in the world implemented in the respective cities, he’s observed that it is largely driven from a top-bottom approach. That according to Boyd is changing, stating that countries like Singapore are quickly evolving to focus on a more bottom up and citizen led approach.

Singapore in the context of Smart Cities is of course well known for its Smart Nation project which has enabled countless interesting projects by startups like Nutonomy which was born out of research collaborations between MIT and NUS. Whereas Korea is largely known for its ambitious smart city project that was built from the ground up; Songdo whose success is a subject of some debate by observers.

Contrasting with European and South American cities that Boyd defines as smart cities 3.0 such as cities like Bologna, Medellin, Barcelona, Vancouver and Amsterdam which focuses more on a bottom up grass root approach. He leaned back and pointed out with joy an example from Vancouver, where they engaged 30,000 citizens to find out what they wanted out of their city, to which the citizens agreed that they wanted to be the greenest city in the world, a co-created vision which that led to Vancouver city’s ambitious goal of being the greenest city in the world by 2020

“Avoid treating citizens as users of your services and that your job is to provision technology to become the smartest city in the world. Your job as a city council is to figure how to make your citizens happy and how technology might play a role in that. Embrace citizens in the co-creation process” said Boyd.

The process, Boyd explained, was not done purely through digital platforms rather it is a combination of townhall meetings and online surveys. Speaking as a strong believer that face to face interaction still has a big role to play in the citizen engagement process, he feels that there’s a lot of richness in contextual information that you can’t get out of online surveys, which provides city planners more information to design a citizen centric city.

There are debates on whether greenfield cities are the right direction to go, this is mainly due to the fact that there’s been quite a number of ambitious projects outfitted with the latest sophisticated technologies that has ended up as what some might consider ghost towns.

Boyd feels that by design greenfields have the odds stacked up against them, looking at the way cities have historically evolved, they evolve along with its citizens needs, behaviours and demands.

“When you try to build a city without people involved other than engineers and planners you build a soulless and a soulless city is not one that people want to live in,” said Boyd with conviction.

However, that is not to say that greenfields have no role to play in humanity’s increasingly strong desire to live in urban centres. Greenfield smart cities can help diversify the urbanisation, we need to give them options of urban areas they can move in to. He stresses that the process has to be organically done from existing adjacent neighbourhoods to new neighbourhoods while carefully blending  technology, planning and citizen engagement.

Vincent Fong is the Chief Editor for IOT News Asia