IDC Government Insights announced today that this year’s search for the top smart city initiatives in Asia Pacific is underway.

Dubbed as IDC’s Smart City Asia Pacific Awards (SCAPA), which is now on its fourth year, IDC is looking for the next best smart city initiatives, that will join the 38 projects awarded in the past three years.

Phase 5 – Announcement of Winners and Awards

This framework is a rigorous six-step process that involves input from various stakeholders – the public, IDC analysts’ assessment, and International Advisory Council will be used to determine this year’s winners. The award categories in 2018 have been streamlined globally with the launching of Smart Cities awards in North America and the MEA regions. 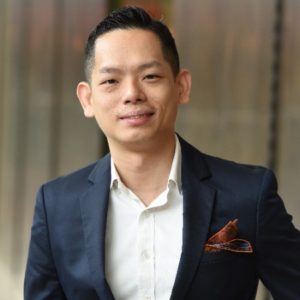 “SCAPA is designed to recognize the progress Asia Pacific cities have made in executing smart cities projects, as well as provide a forum for sharing best practices to help accelerate smart city development in the region.Since 2006, we have seen government innovations accelerate at a more granular and local level that’s increasingly impactful, meaningful and sustainable.

Today, IDC is also running this award across North America and the Middle East and Africa (MEA) regions. We are humbled by the intense interests in our awards and benchmarking processes, and look forward to receiving the Asia Pacific nominations for 2018,”

Any organization can nominate a city project or initiative that has been implemented, including the municipality itself, state or provincial agencies, solutions providers, and other partners. IDC also encourages vendors working with the public sector to participate in this nomination phase.

Nomination period will be open from 7th – 22nd of March 2018. To nominate a project or initiative, please visit http://bit.ly/JOINSCAPA. 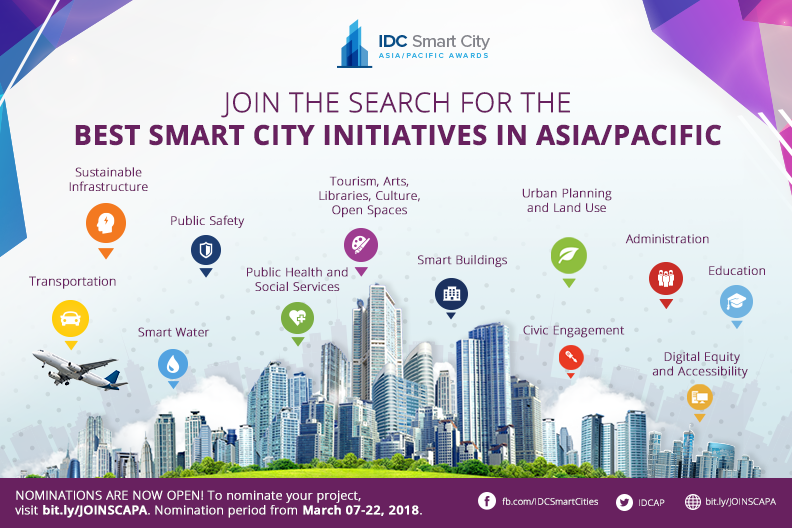 Compared to three years ago, this year’s criteria for judging has been revised upon extensive consultations with smart city leaders and planners, as well as IDC’s senior management and adjunct CIOs.

In 2018, 50% of the weightage will come from IDC analysts’ benchmarking (up from 25%), and the public votes will account for 25% of the weightage (down from 50%). The weightage from the International Advisory Council remains the same at 25%, as with previous years.

All shortlisted smart city projects for the public voting phase of SCAPA 2018 will be announced later in May 2018 .