Grab, I and the Indonesian government unveiled an Electric Vehicle (EV) Ecosystem Roadmap that aims to accelerate EV adoption in the country and bring about a more environmentally sustainable transport network.

As part of the roadmap, Grab announced partnerships with automakers Hyundai, Astra Honda Motor and Gesits to launch four- and two-wheel electric vehicles pilots in the Greater Jakarta region. The pilots come on the back of a commitment made by SoftBank and Grab in July where Softbank invested US$2 billion into Indonesia, through Grab, to build Indonesia’s EV ecosystem in order to support the government’s goal of reaching 2 million electric vehicles by 2025.

Ridzki Kramadibrata, President of Grab Indonesia said: “Laying out this EV Ecosystem Roadmap together enables Grab and the Indonesia Government to gear up and boost Indonesia’s progress to meet its EV goals and cement its position as the EV leader in Indonesia and Southeast Asia. The joint effort, which is in line with our commitment to accelerate digital infrastructure development in Indonesia, will help us to come up with solutions that will achieve higher cost efficiencies and spur more people to adopt EVs not just in Indonesia but also across the rest of the region.” 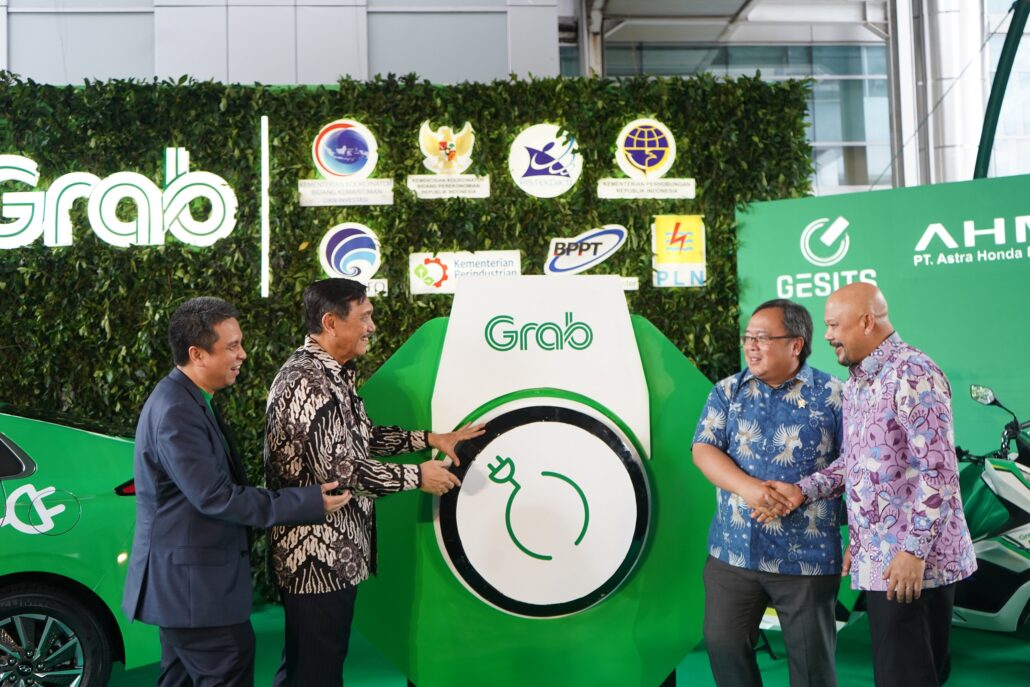 Forging closer ties with Hyundai and other automakers

Grab has been steadily expanding its EV ecosystem by collaborating with governments and partners like automakers and electricity providers, to drive up EV adoption. By gaining insights on how to better operationalise and expand EV fleets, Grab can co-develop policies with governments with the aim of making EVs more affordable, thus encouraging driver-partners and fleet owners to adopt EVs.

Grab today already owns one of the largest fleets of electric vehicles in Southeast Asia, with 200 Hyundai KONA models plying Singapore roads in a pilot project which was launched in January this year (2019). Grab is also partnering Singapore’s energy utilities provider, SP Group, to use its public EV charging network for Grab’s EVs.

In Indonesia, Grab not only inked an agreement with state-owned electricity provider Perusahaan Listrik Negara (PLN) to co-build a network of electric vehicle charging stations. On two-wheel front, Grab has partnered with Astra Honda Motor (AHM) and Gesits to launch EV bike pilots. These pilots will test the viability of using EV bikes across Grab’s ride-hailing, food and parcels delivery business in greater Jakarta area.

In a symbolic ceremony today, Hyundai Motor Manufacturing Indonesia, handed over the keys to one of the 20 brand-new Hyundai Ioniq Electric cars which will be used in the upcoming pilot project. This model is launched for the first time in Southeast Asia today. Commuters will be able to choose to ride in the EVs from their Grab app in early 2020. The South Korean automaker, which invested in Grab last year, is Grab’s first four-wheel EV partner in Indonesia.