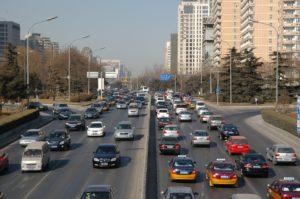 Beijing authorities issued two rules on automated driving in December last year, making them the first such rules issued in the world’s largest automobile market. These new rules will apply only to road testing of automated vehicles in Beijing.

Nonetheless, these rules are likely to shed some light on the general direction of future national legislation on automated driving in China. It is therefore worth taking a close look at a number of key provisions introduced by these new rules.

Who can apply for the road testing of automated vehicles?

What are the key requirements for making an application?

What are the key requirements for vehicles that will be tested?

What are the key requirements for drivers?

What is the application process?

At this stage, the new rules state that the application shall be processed by a third party, which is authorized by the local authorities. However, as of 11 of January 2018, the Beijing authorities have not yet announced which third party organization will take care of such applications.

One of the key steps in the application process is the need for an expert group. The expert group will be organized by the authorized third party and will assess the applicant’s automated driving system based on the application materials, onsite inspection results, and the vehicle’s onsite performance. The new rules, however, do not explain the criteria for selecting these experts or the qualifications they must possess and how the working group will be selected.

We are at the dawn of the era of automated and driverless vehicles. A number of countries have already introduced new regulations as automakers and major technology players race to introduce new vehicles into the market.

Currently, there are not any new national laws and regulations specifically covering automated driving in China. However, with the introduction of the new rules, a national regime is likely to be begin sooner rather than later. This will be followed by further regulations being introduced at the provincial and local levels.